How to Manage Sales so Everyone Does Better 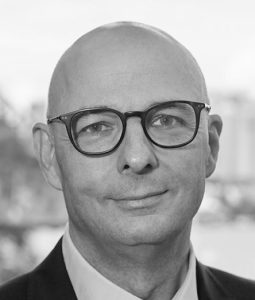 With the headlong rush towards what is new and exciting in technology and business tools, it is timely to ensure that we remember what works and is very necessary to create stability and certainty in a sales and in a sales force.

New is great. Everybody loves new. New products, new features, new ways to improve, new ways to sell, new ways to communicate and on it goes. But new can also be challenging. With this in mind, here are two practices that will always work, every time, guaranteed. They are tried and proven practices of master managers who combine business savvy with good judge-ment about people.

Get a simple song and sing it at every opportunity.

Now, let’s understand that almost every sales person who is ever asked about systems and procedures will tell you that there are just to many. As a group most sales people like to fly freely and unfettered. The challenge is managing so there is a reasonable balance between freedom to perform and the needed rigor of systems – even when change is happening rapidly.

Lessons from the field

I have had the privilege of working with two managers who showed how to handle change and challenge and still create market-leading results. George Lawson, GM of retail banking and Gary Walmsley, Senior Manager Sales at the Bank of Melbourne (BML). As a partnership they worked with clarity and simplicity as their guides. BML had a market leading position in the Victorian market. One of the strong contributing factors was, George knew howto select and sing a simple song – and have everyone join in. There is no doubt that banking is a complex business. George’s gift was that he would choose a theme and wherever he was, in meetings, with branch staff, with the sales team, he would champion it. “Customers First,” was one of my favourites.

Can you imagine the turmoil and challenge of keeping BML’s business and staff operating effectively with customers during the time that Westpac was rumoured to be (and then became) BML’s new owner? The task was immense. As the dust settled George sang a new song. “One bank. One goal.” It was beautifully simple and extremely effective.

Gary had the task of keeping the sales force focussed and producing. Sales teams

survive and thrive on the feeling and spirit that they engender amongst themselves and their customers. The opportunity for instability and a resulting crash was rife. Gary sang George’s song and added a special verse for his sales team. Nothing complicated. Simple messages, simple focus. In the months that followed the sales team regained their position to again lead the market with service and results.

Practice #2: Be Direct. Everyone loves certainty.

Uncertainty can debilitate a sales team quickly. Uncertainty about who the manager will be, what the new bonus scales are, waiting for the next product launch. Certainty is a vital ingredient.

Now we know that it is not always possible to be certain about what is happening. The market is variable, customers can change their thinking and even government policy changes will potentially affect some businesses. So what can we be certain about?

The usual picture of a sales manager is of the out front, over the battlements, lead the charge kind of person. Peter Etherington, is best described as a man of quiet confidence. When he transferred to take over the team I was a part of, naturally we checked him out with the team he had just managed. The response was a universal endorsement of his skills and leadership.

Then I met him and was a little confused. He was reserved, friendly, relatively quiet and happy to take his own time to settle and see the lay of the new land. Not the leadership I was used to or I must say, expected.

Over the next three months Peter evaluated, observed, sought information, asked questions and really sought to understand his new environment and people. He did all this very well. He then displayed the reasons his previous team were so sad to see him go.

One by one he asked each of the managers reporting to him to come and see him and go through his synopsis of the picture he had pieced together.

One of Peter’s major skills is the ability to be direct without being blunt. He was clear, concise open to feedback and willing to share his opinion when he felt it was needed. The major lesson from Peter was that as a manager or as a communicator when you are direct and clear it creates a feeling in the people around you that you can depend

on what is being said and that is what creates certainty.

Not certainty that we know what will happen. Certainty in the knowledge that the manager is self assured that whatever happens, he has the skills to draw the team together and move forward.

IVEN FRANGI
Iven Frangi is booked and re-booked by his clients because of his ability to profitably transform customer and sales experiences. Click here to see Iven’s most popular topics. Discover your customers’ experience FREE in just a few minutes. Click here

Previous Post Is This the Wheel Reinvented? Recycling in the Information Age Next Post Confused in Paradise? Not Anymore!